Do you know what you should be working on right now? Are you sure? One hundred percent absolutely sure? So certain that your mind doesn’t even plague you with the thought that maybe there could be something more important for you to be doing right now?

If so, you don’t need to read this blog post. I’m speaking to the many people out there who, like my past self, have so much they need or want to get done that they suffer from the stress of not really knowing what to work on. I compensated for this problem by simply choosing what I thought was the most obvious task and sticking to it, but that was effective neither at relieving the stress nor at getting the right work completed.

It took a while to realize. I was struggling at the edges of the problem. In my conscious mind, I simply had too much to do. I didn’t have time to do it all. This was causing me stress. It seemed simple enough, and that viewpoint sufficed to motivate me to work harder in at attempt to complete all the tasks. That solution was obvious, of course.

It worked for a while. Unfortunately, it’s a sad fact of reality that we have limited time and there are virtually unlimited things we could be doing. The harder I worked, the more behind I was getting. My to do lists were a joke since they kept getting longer. I was so overworked and stressed out that I started to miss deadlines, snap at coworkers and be uncommunicative.

This is unacceptable behaviour at our workplace, even from a cofounder. My team voted to send me on vacation for a month to get my shit together. They locked me out of GitHub and off the production servers and told me to come back when I could play nicely with others. 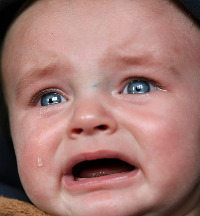 I was devastated. How could they do that to me? I was regularly putting in over 80 hours a week! I’d committed more code than any other developer! I was always the guy who picked up the slack when there was nobody else to do it! After I stopped ranting and raving to my girlfriend about how unfair life is, I took a moment to think about what I was doing wrong instead of what I was doing right.

Nobody was mad at me because I wasn’t working hard enough. Nobody thought I didn’t spend enough time programming. Nobody thought I left them with the hard tasks and picked up the fun ones for myself. Those were all important, but not the area where I was lacking.

Despite working so hard, I had been taking on too much. People had expectations of me and I would let them down. I would give estimates that didn’t come to fruition. I’d promise to check on things and then forget about them. I would refuse to consider people’s ideas about the future because I was too busy with the day to day.

It was the start of an important shift in thinking for me. I’d hit the limits of what I could accomplish by sheer force of effort. I simply wasn’t able to get it all done anymore. This lead directly to the very relevant question posed at the start of this post: Do you know what you should be working on right now?

It had new implications. Before, it was obvious. Pick something that needed to get done on the project, anything, and just start work. After all, that is the secret to hard work… working. However, realizing that not everything was going to get done in time meant keeping a prioritized to do list. I’d tried this in the past and never had much success, because “priority” always seemed to be a complicated topic.

For example, what if the business is about to go bankrupt and I need to get funding to save it? That’s naturally the first priority. On the other hand, I might have a task requiring me to prepare for a doctor’s appointment for surgery without which I could die. Obviously my health comes first!

As each variable comes to light we see that the priorities change. Furthermore, they cannot be assigned just once as they change over time relative to each other. Things get even fuzzier with items that have no due date, or items for which the due date is artificial instead of externally imposed. What about partially completed items? What about recurring tasks?

While I pondered this organizational puzzle, I was busy taking part in one of my new self improvement priorities: Reading a new book each week (or listening to one on audible). No, not novels; self help books in various flavors. I’d just finished reading the Checklist Manifesto and was inspired by it.

Accordingly, I started by making a checklist for all my household chores. I quickly noticed that while “Wash Dishes” and “Wash Floors” both needed to get done, the frequency wasn’t the same. I converted the checklist into a spreadsheet that allowed me to log an entry every time I completed a task and which showed me, based on a specified interval for each item on the list, exactly when the tasks were next required.

My apartment got cleaner and cleaner as I started to see the effects of regular reminders of when tasks needed to get done. I began adding items that were not, strictly speaking, chores. Practice guitar. Practice piano. Learn Cantonese. Lift weights. Do cardio. Time and time again I noticed something… items on that list got done regularly. I talked to my partner, Collin, about how awesome this new idea was.

Collin very politely refrained from laughing in my face as he told me I’d just described part of what David Allen writes about in his book Getting Things Done: The Art Of Stress-Free Productivity. When I read it for myself, I was amazed. Shocked. I couldn’t get through the whole book without running off to start implementing it. I felt like a had been converted. I wanted to shout from the rooftops how awesome this new idea was.

What was it that had me so over the top excited? The simple idea that the thing causing me the most stress in life was not that I had too much to do, but that I wasn’t ever sure I was working on the right thing at any given time. I had a million different priorities pulling me in various directions at work, not to mention personal goals and responsibilities. Keeping them all inside and relying on my subconscious mind or requests from coworkers to keep me on track was causing me stress. 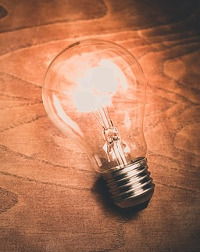 Here’s an example: Two of the four light bulbs in our main fixture had burned out. There was enough light to see by, but there might not be if another went out. Should I go down to the store and get new light bulbs? Almost certainly not, there are more important things to do. Perhaps sometime in the future when I’m already going to the store. So I don’t do it now, and I hope that when I’m at the store I’ll remember.

A lot of people have a list for things like this. It’s a common enough scenario. Once you’ve written it down, it’s no longer a worry. You know that next time you’re at the store you’ll get more light bulbs. That’s not a stressful task, it just requires walking a few steps to the rack and putting them in your basket. What’s stressful is keeping the thought in your mind: “I need to get more light bulbs next time I’m out.” It’s even more stressful when you return from the store without light bulbs, remember, and then kick yourself for forgetting.

Many of the responsibilities in life are like this, it turns out. They’re not particularly that stressful to do, and not getting them done is far less stressful if it’s planned ahead instead of by surprise. If you “have to get some light bulbs”, and your mind knows it is responsible for this, it will continually nag at you that you “should be getting light bulbs”. Furthermore, the longer you don’t, the more stressed out about it you will get. The opposite is true if you write it down on that shopping list. You know that you always take that list. You know that anything on that list gets purchased. Once you write down “light bulbs”, it’s as good as done. You can forget about it.

What’s happened here is simple: You’ve determined how important the task is (not as important as your other work), when it needs to get done (next time you go to the store), what action needs to be taken (purchase new bulbs), and what happens in the event the task is not completed (the lights go out). Once you have that all down in a trusted organizational system (ie the shopping list), it’s off your mind.

The aforementioned book, Getting Things Done: The Art Of Stress-Free Productivity, is largely about getting to the state where every single one of your responsibilities is written down in a trusted organizational system. At its heart, the idea is that if you trust the system you don’t have to worry about working on the wrong task. It sounds simple. It is. It works.

The book goes into more details about how to make such a system work. Find that some “to do” items are too long and keep getting pushed back? Replace all to do items with single actions and group them together by project. Keep forgetting to tell your coworker about the change you made? Group your to do actions by context, be it a person or a place. Have trouble finding time to add items properly throughout the day? Create an “inbox” system of items to add based on rough form voice notes, texts or emails which you’ll transpose later.

It should have been obvious, in hindsight. We’ve built many of these into our own product. For example, Carburetor presents you with a prioritized list of tasks, one at a time, organized by the type of work you’ll be doing. If only I’d thought to apply something similar to my own life!

I’ve added a bit of a personal touch to my version. Prioritization of tasks is handled automatically via three fields: Impact, Urgency, and Due Date. Impact indicates how much of a difference doing / not doing the task will make, urgency indicates how much of a difference having it done on time / not on time will make, and the due date reflects the day on which it should be completed. The exact formula has been evolving over time, but in general a higher impact item, more urgent, due sooner, will be higher priority.

Now for the final, all-important step: Review! If you write your tasks down once and then forget about them, you’ll know what you did. Your brain isn’t stupid. It knows there are things you once wanted to do and haven’t thought about in a long time. It can’t really remember what they all are, but it nags you about them. In the inner recesses of your mind you feel it saying “what are you forgetting?”.

Your to do list can’t be the place tasks go to die. A to do list is for things you intend to complete. Regular review, reprioritization, and pruning of the list is the only way to ensure that you don’t have any nagging feelings that maybe there’s something else out there more important than what you’re currently doing.